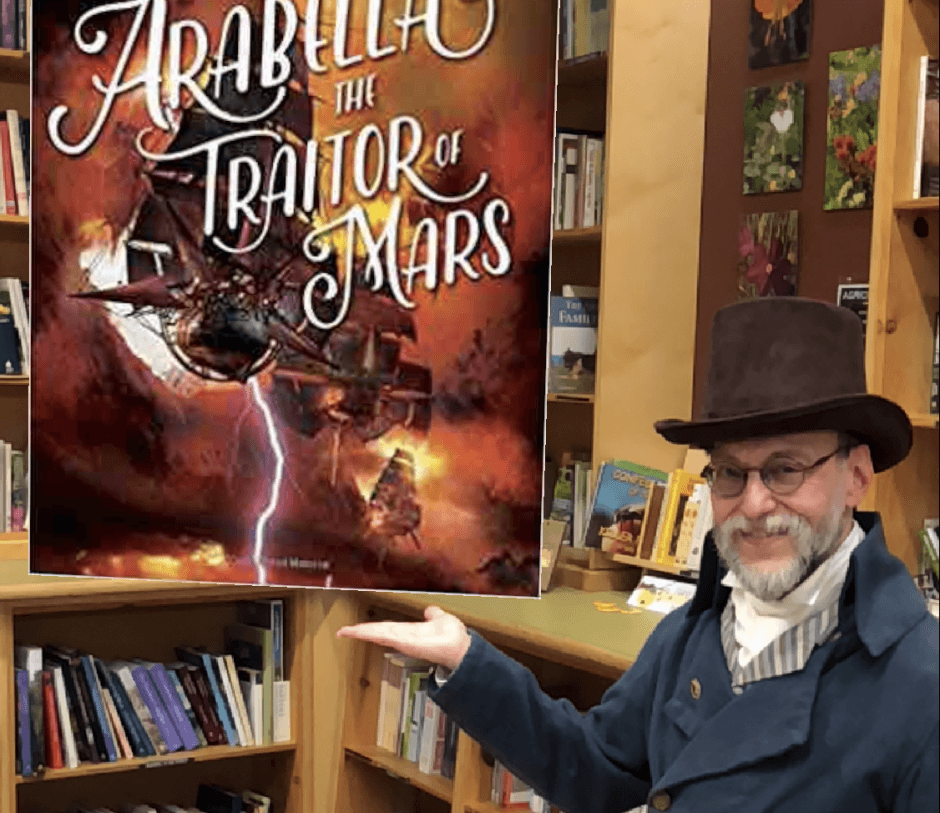 This year I committed to reading two books per month- one for fun and the other for personal growth. The “Fun List” were a variety of Fiction and Non-fiction titles that  meandered between books related to media to classics I needed to revisit.  Maybe my head was more into personal growth, but each one provided provoked at least one critical thought. Perhaps you’ll find something to like in there too?

When She Woke by Hillary Jordan
If you haven’t seen the Handmaid’s Tale on Hulu, you are missing out. Based on a bestselling book by Margaret Atwood (one that should be on this list), the series details the dystopian society of Gilead, built from the remains of a fallen United States. Gilead is an authoritarian theocracy, with few personal freedoms or privacy and a heavy dose of slavery.  When She Woke is like a hybrid of the Handmaid’s Tale and The Scarlet Letter. It imagines a theocratic United States where criminals are punished by dying their skin a color prescribed by the severity of their crime. All skin, including the eyes. Anyone convicted of any crime effectively becomes a second- or third-class citizen. The story follows the journey of the protagonist across the US while recalling the horrific circumstances of her “crime.” Heavy themes and a hasty ending, but worth a read.

Dark Matter by Blake Crouch
A fun science fiction novel that explores the “multiverse” theory- that is, everything you could have done, has been done, just in another version of reality. Imagine if you were kidnapped into one and thrust into your life, but with different details. That’s how Dark Matter starts.  What brought me to this book was the accessible explanation of quantum theory and superposition states.  What kept me reading were all of the different variations of Earth imagined by the author and the way the author approached the idea of meeting another copy of yourself. Emphasis was on adventure, rather than analysis, so the book misses the hard science fiction mark, but worth a read.

The Stars My Destination by Alfred Bester
An absolute classic of science fiction that explores transformation of human beings under the most extreme circumstances.  This book is equal parts revenge tale and study in transhumanism. I read this book every few years and pick up a few new nuggets each time. This year’s read was prompted by this paper on epigenetic transmission of characteristics from father to child. One small part of this book is jaunting,  or self-transporting from point to point automagically. In the 25th century of this book, jaunting has become commonplace, replacing all forms of terrestrial travel. The price? Exposing a few test subjects to the most extreme danger. Most died horrifically; a certain few tapped something that allowed them to escape. Those people passed on the ability to jaunt to the rest.  That’s just the back story. This is hard science fiction at it’s best and has left it’s mark on the world of popular science fiction.  Highly recommended for

Trivia: Psi-Corps Agent Bester was named for Alfred Bester, the author of this gem (and many others).

Star Wars: Outbound Flight by Timothy Zahn
About 20 years ago, before the explosion of new Star Wars movies, games, media, there was a trilogy written by legendary Timothy Zahn, revealing the story of the Empire after the events of Return of the Jedi.  Zahn lovingly extended George Lucas’s universe using obscure details from the original movies and screenplays. Clones. Vast hidden resources. Galaxy-wide crime organizations. Out-of-control force users. But it was a single character that made the entire series unforgettable: Grand Admiral Thrawn. A supreme strategist, Thrawn is able to pinpoint his enemy’s blind spots by analyzing their species’ art. Outbound Flight is Thrawn’s origin story and the devastating results for the Jedi. This book came from a single throw-away reference in the original 90s trilogy. As soon as I saw it on the shelf, I had to have it.   I dare say Mr. Zahn brought back the original magic. I was at the edge of my seat the whole time. Totally a guilty, escapist pleasure, but the storytelling was captivating. If you love Star Wars, and particularly Thrawn, you can’t miss this one.

Trivia: Grand Admiral Thrawn is one of the few characters to become official Star Wars Canon. He was introduced in the final season of Star Wars: Rebels animated series.

Arabella, the Traitor of Mars by David D. Levine

The final installment of this steampunk swashbuckling adventure set in an alternate Victorian universe where naval frigates can sail between planets. I cherish these books not only for the lovingly detailed worldbuilding and the big heart, but also because the author is an old friend. Now he’s an award-winning author. A must-read for those who love fantasy, steampunk, and swashbuckling, but it’s far better if you read the books in order.

Lion by Saroo Brierly
When I teach my students about amazing product storytelling, I show them this video about a lost child finding his way home.  Please see the video right now and return here.

‘Truth is stranger than fiction, but it is because Fiction is obliged to stick to possibilities;Truth isn’t.’

When I learned that Saroo Brierly had written an autobiography (now a movie), I stopped what I was doing, found it, and read it in one sitting.  Saroo narrates his own story through vignettes built from memories he clung to from childhood. This book stirred up powerful emotions in me around the meaning of home and the limits of perseverance and how deep the need for family can run. Do yourself a favor and read this book or see Lion, the movie made from Saroo’s story.  .

Rise of the Rocket Girls by Nathalia Holt
Did you see the movie Hidden Figures (or read the excellent book)? If so, this book is absolutely for you.   Rise of the Rocket Girls tells the story of the women who made NASA Jet Propulsion Lab what it is today. The book delves into the lives of key women who built rockets for the military during the Cold War and then transformed into Spacecraft builders after the space race. The author juxtaposes home and social life was like for women in that era with some of the greatest accomplishments humankind has achieved. This is a heartwarming, captivating read. I’d recommend it especially for a young one interested in STEM, space, and history.

Tailspin by Steven Brill
A fascinating perspective about how the 1% procured their wealth and manipulated the legal system, legislation, and financial firms to close the door to the American Dream behind them. I found this one hard to read, but hard to put down. In fact, it took me more than a month to finish it and I wanted to throw it across the room at least twice. I’d recommend it for that alone, but beware- this will challenge your idea of normal.

The Astronaut Maker by Michael Cassutt
I picked up this book just for the title alone. This is the story of a controversial figure in NASA history – Richard Truly, who ascended from Engineer to NASA Administrator in charge of training Astronauts. Lots of fascinating tidbits in this book, but ultimately you need to be a NASA buff or a space-head to really enjoy this.

Space is Cool as Fuck by Kate Howells
This book stopped me in my tracks, while wandering through the Museum of Modern Art in NYC. Written by the Community Outreach Manager of the Planetary Society, SCAF spans 50 chapters of everything you could find in space, from the Big Bang, to asteroids, to Dark Matter. This isn’t a stuffy encyclopedia, but a love letter to the universe written in the most creative profanity. I loved every damn page of it. Easily my favorite book of the year, even though it’s just a month old.

Why Scoliosis May Predict the Future of 3D Printing