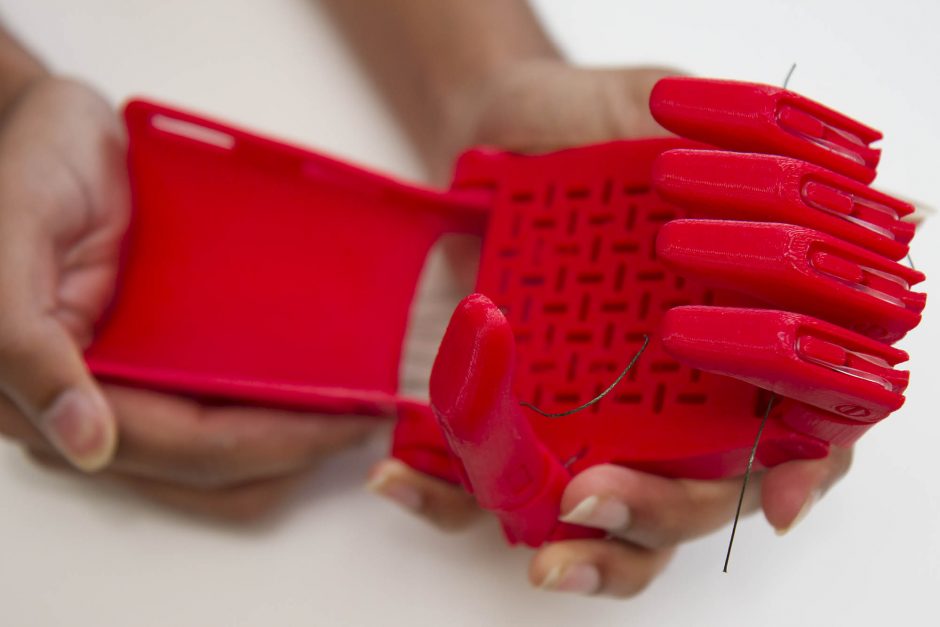 I’ve written before about 3D printing prosthetic hands for the e-NABLE movement. This amazing group of individuals not only deliver hands to anyone in need, but they evolve new designs, and they train others how to print their own. All for free, all self-organized.

Delivering the hands is magical- in the blink of an eye, a piece of colorful plastic transforms into an integral part of the recipient’s body.

There’s another side that is equally inspiring, but isn’t discussed often. That is the processes and tools the community has created to make volunteers self-sufficient. You’ll find 3D models, documentation, and videos all over the web, but my favorite is the humble assembly mat, a visual assembly guide for one particular type of hand.

In 2017, I was approached by Gokul Kolady, a Portland-based Boy Scout who wanted to serve the e-NABLE movement for his Eagle project.  If you’re not familiar, the Eagle Scout badge is the highest achievement you can obtain in Scouting, and indicates you’ve served your community with honor, integrity, and in a way that encourages others to do the same.

Gokul decided he wanted to run a hand-a-thon to assemble 20 hands with volunteers from his religious and robotics communities. He settled on the Phoenix Unlimbited hand, which is easy to assemble and cheap to repair. The problem was that he found the instructions hard to follow. I watched as he struggled to differentiate the small pins on the hand and offered advice more than once. I asked him how he would communicate that advice to ihs volunteers.  At first, he guided the volunteers assembling the first ten hands using Powerpoint and hands-on help. Some completed the hands quickly, but others struggled even more than Gokul had.  Gokul’s key insight was that volunteers have different learning styles; some are visual, some are text-oriented, some are hands-on, and still others need linear steps.  He’d have to cater to each style.

How do you bring that together?

The result was the Phoenix Unlimbited Assembly mat, visual assembly guide that prints perfectly onto an 11×17″ (tabloid size) paper. Gokul solved all of the tough problems his volunteers encountered into this one sheet.

Most of all, Gokul made it completely free of charge. You can download it below.

12: My Favorite Thing at CES Wasn’t Even Electronic